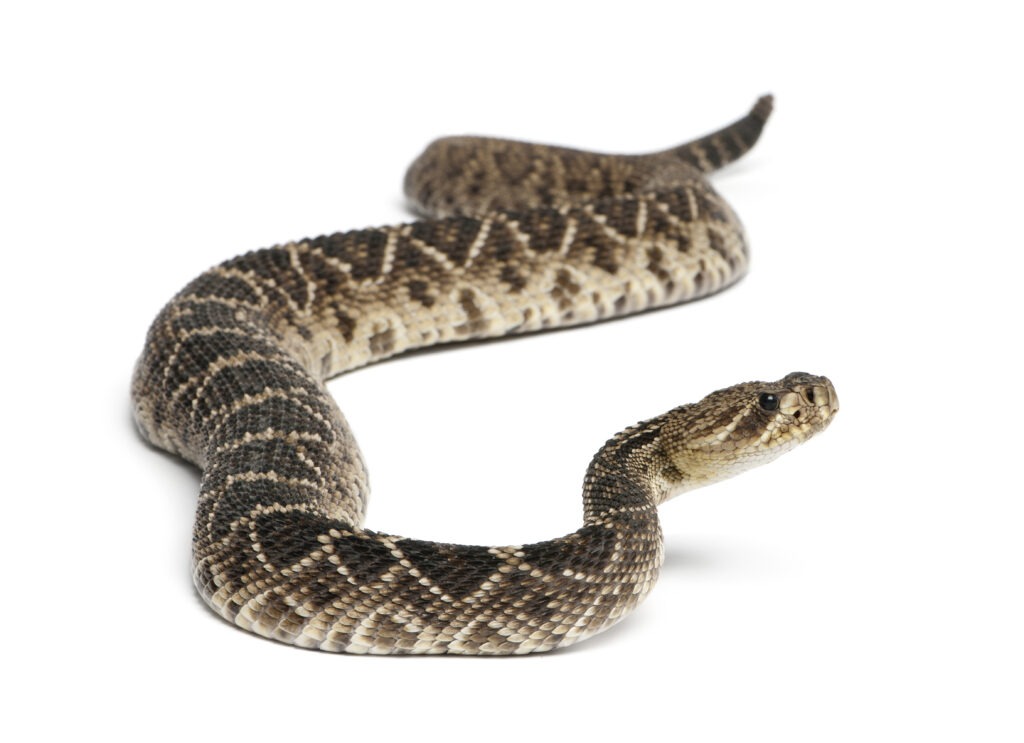 There are lots of cute babies in the animal kingdom, but one baby we don’t want to mess with is young rattlesnakes. They are just as poisonous as adult rattlesnakes but deceptively small. But is that a baby? How can you tell? How fast do baby rattlesnakes grow?

Here’s what I’ve seen observing them:

It takes approximately two weeks for a baby rattlesnake to reach 12 inches in length, grow its rattle, grow thicker scales, and learn how to hunt. They will usually reach their maximum length in 3-4 years.

In this article, we’ll be going over the main factors to pay attention to when observing rattlesnake size, as well as the first developing stages of baby rattlesnakes.

What Affects How Fast a Baby Rattlesnake Grows?

No matter what your interest is in observing rattlesnakes (be it to fear or the desire to buy one as a pet), it is useful to understand the lengths of rattlesnakes and what they mean. However, it’s important to never approach a rattlesnake without proper protection and safety knowledge, especially since rattlesnakes are known for being deadly.

Rattlesnakes grow to a total of 3-5 feet and generally weigh up to 2.5 pounds.

They can live for 15-20 years as well. They can reach about 7 feet in length when they attack, but this depends on the species and age. For example, a ridge-nosed rattlesnake may be 1-2 feet long, whereas an Eastern Diamondback rattlesnake can grow to be 8 feet long and weigh 10 pounds.

A rattlesnake’s growth depends on its ability to thrive in its environment.

An example of this can be seen in a rattlesnake living on the mountains vs. flatter ground. A mountainous species would be larger to live in rock formations and caves, while those who live in tighter spaces may need to be smaller by necessity. The scarcity of food can also play into their growth rate.

Gender also plays a part in size, as female rattlesnakes tend to be both shorter and lighter than males. Male rattlesnakes also tend to live in more spacious areas due to the size deficit between them and females.

Most rattlesnakes see the fastest growth during their first year or so.

Baby rattlesnakes are born at 6 inches long and grow until they are three or four years old. The amount of time it takes for full growth, the rate of growth, their environmental conditions, and diet all play large roles in the rattlesnake’s overall size.

Judging a rattlesnake’s size is a major factor in how far the rattlesnake can stretch when it’s lashing out and attacking. In fact, rattlesnakes have been able to strike a good fang puncture using only half of their body length, while others can strike using two-thirds or using the full length of their bodies.

While this is scary to know, it does help show us how many feet apart we should avoid snakebites.

How big does a baby rattlesnake get in early development?

Baby rattlesnakes can range from 6-12 inches. They are usually born around July-August and are born with enough scales to camouflage themselves in the brush and grass. Source

Do baby rattlesnakes have a rattle?

Yes, they do, but it’s more of a single button called a “pre-button” that isn’t fully developed. However, rattlesnakes can lose their rattle from injuries at the tip of the tail before the rattle starts. Until they shed for the first time, they won’t have their rattlers. Instead, they will only coil up and hiss to warn off predators as their rattlers don’t make sounds if they tried to shake them. If damaged by a car or animal attacks, the baby rattlesnake’s rattle will only have a blunt-ended tail to show that something went missing.

Are baby rattlesnakes more venomous than an adult?

Baby snake’s venom glands are only a fraction in size compared to adults. They can control how much venom is dispensed when biting, though their venom is slightly more toxic. This adds up to make up for the small amount of venom they have while still small. The only difference is that a bite from an adult snake causes more severe symptoms with long-term effects.

Does a rattlesnake’s rattle get longer as the snake ages?

What is the record rattlesnake length?

The longest rattlesnake recorded is the Eastern Diamondback rattlesnake having a growth of 8 feet and 3 inches long. This makes them the largest rattlesnake species around. However, this is unusual because it is rare for them to grow more than 5-7 feet long.

This one is the smallest snake species in the United States and the most common we can come across.

Their name refers to a group of things to be smaller than normal size. An adult can grow to be 15-20 inches making their babies the size of worms when born. There was a study done by Stenson University that compared the size of baby Pygmy snakes to a quarter coin when curled though they still develop quickly throughout their lifespan (Source).

This one is ranked to be the largest rattlesnake here in the United States with a record of 8.5 feet in length though the average is ranked at 3.5-4.5 feet.

At birth, babies are born to be about 10 inches in length (Source).

This is one of the smallest species of rattlesnakes in the U.S and starts its growth at 8 inches then rarely grows to be longer than 2 feet (Source).

This is another of the smallest rattlesnakes with a birth length of 6-8 inches and is known to grow as long as 26 inches (Source).

These are found in central and southern Arizona, have a birth length of 9.84 inches, and tend to be an average of under 3 feet in length and 3 inches with a max growth being 4 feet and 50 inches (Source).

link to If You Find a Baby Rattlesnake Are There More? (avg litter)