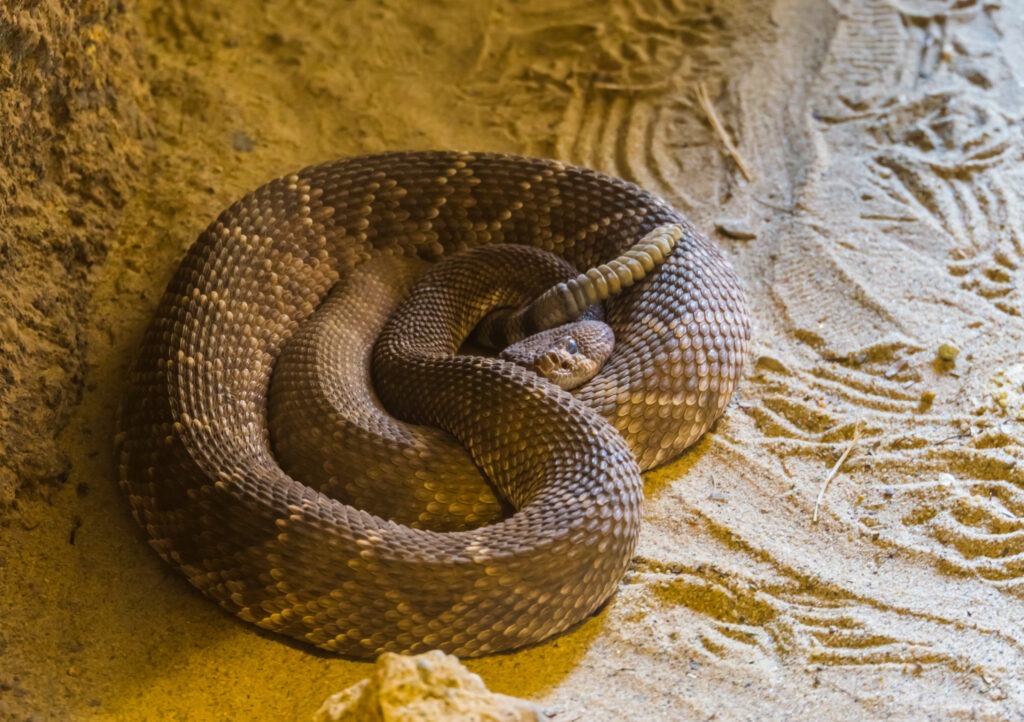 If the baby rattlesnake is under 12 inches in length, there could definitely be more nearby. Although most rattlesnakes are solo hunters, baby rattlesnakes do stay with their mom and the rest of the litter for about 1 week after they are born.

The average litter size is between 1-20. So there could potentially be a LOT more.

After seeing that one baby rattlesnake, there is a chance that the mother and siblings are nearby. However, it’s not a given, so you should just keep your eyes open and do what you can to ensure there are no more rattlesnakes around your house.

We’ve got tips for both strategies down below!

What To Do If You Find A Baby Rattlesnake

While many people choose to kill rattlesnakes on site, this can result in more harm than good. Rattlesnake venom is extremely dangerous. Luckily, due to modern medicine people rarely die from it, but there can still be lasting consequences from getting bitten. The bites usually swell painfully, and you will get fever-like symptoms within minutes.

Baby rattlesnakes are born with just as much venom as their adult parents, so a baby is just as dangerous as a full-grown adult.

Even if you manage to kill the rattlesnake, if it is a young baby, there is a chance there are more close by. The best choice of action is to call a professional to come and search the perimeter of your land to ensure no rattlesnakes are hiding in the bushes, grass, under the house, or anywhere else.

Even dead snakes can bite and spray venom though. Never approach a rattlesnake, living or dead.

Most of the time, rattlesnakes will not attack humans unless they feel threatened. They dislike us as much as we dislike them. If you see a rattlesnake in your backyard, it is not on its way to come and get you. If it is an adult rattlesnake, it is most likely pursuing its next meal (a mouse, not a human). If you do not feel threatened by the snake, you do not have to take any act of aggression against it. It is actually safer for you if you do not do anything and wait for the snake to pass through.

Baby rattlesnakes leave their nests when they’re about 1 week old.

They will then travel a few miles away, searching for a place to settle down. If you see a small rattlesnake making its way through your yard, it’s probably just searching for its own territory to claim. Snakes don’t travel in groups, so as long as you don’t find a nest, you’re probably just dealing with one at a time.

How To Prevent Rattlesnakes From Coming in Your Yard

If you have noticed one too many snakes slithering around your yard, there are a few things you can do to prevent them from coming back anymore.

Snakes are attracted to long grass. They can lie in there and stay hidden from humans and other potential attackers. Also, the rattlesnake’s main food source (mice) loves long grass. Mice, rats, and other small rodents are drawn to long, unkempt grass where they can run around and stay out of sight.

Keep Your Bushes Trimmed and Neat

Along with the long grass, messy bushes are a great hiding place for rattlesnakes. You should not only keep the bushes trim, but clean any leaves, twigs, or dried flowers from the ground of the bushes. This is where the snakes and small rodents will hide if they can.

You should especially keep the bushes near your pool or pond clean. Snakes will not purposely go into your swimming pool because chlorine is poisonous to them, but there is a greater opportunity for them to fall into the pool by accident if there are bushes near the pool.

Set Up Mouse Traps… Or Get A Cat

As previously mentioned, the main food source for rattlesnakes is mice and small rodents, like mice. If you remove their food source, they will have less of an incentive to come into your yard. If you have set up mouse traps and possibly even gotten a cat and you continue to have a mouse problem, you should call a professional to come and inspect your house and yard.

Rattlesnakes won’t willingly approach humans. They’re scared of us just as much as we are of them. We can both kill each other under the right circumstances, so they will stay away if we give them enough warning.

During the day when you are in your yard and making noise, rattlesnakes will most likely stay away.

On the other hand, during the night when you are not in your yard, rattlesnakes may forget or not realize humans live there. If you have a rattlesnake problem and know where it is coming from (for example, the back corner of the fence), you can leave out objects with your scent on them to remind the snakes this is where humans live.

Hair, dirty socks, or anything with your scent or sweat on it is a great reminder. 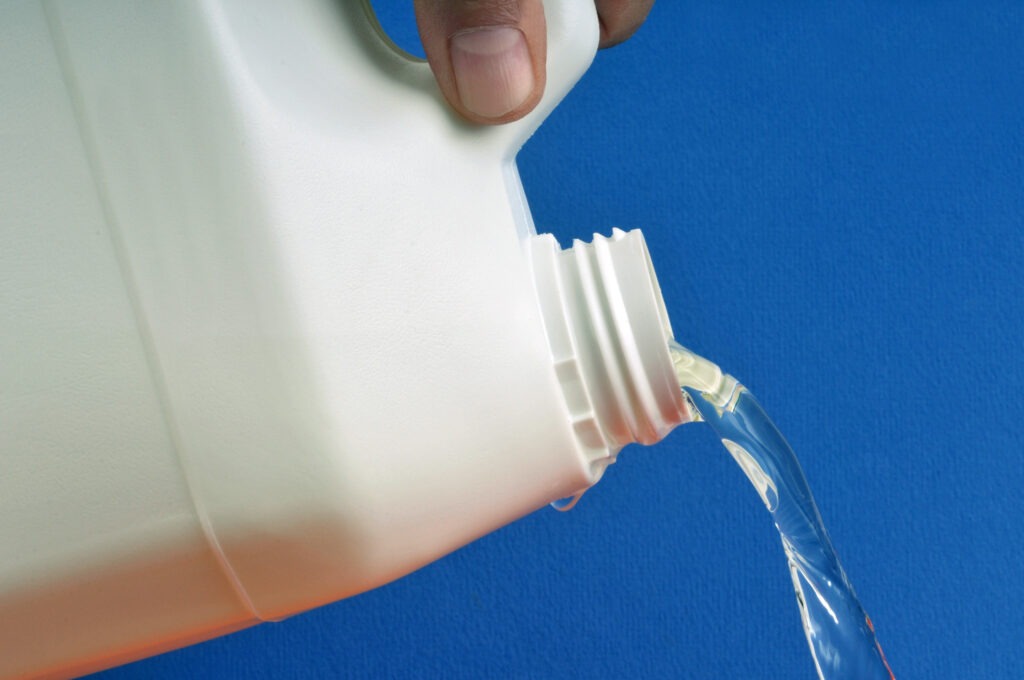 For those who have a swimming pool in their backyard and are worried about attracting rattlesnakes, pouring a barrier of white vinegar or ammonia around the edge of the pool will do the trick. Rattlesnakes of all ages will not want to get anywhere near that barrier.