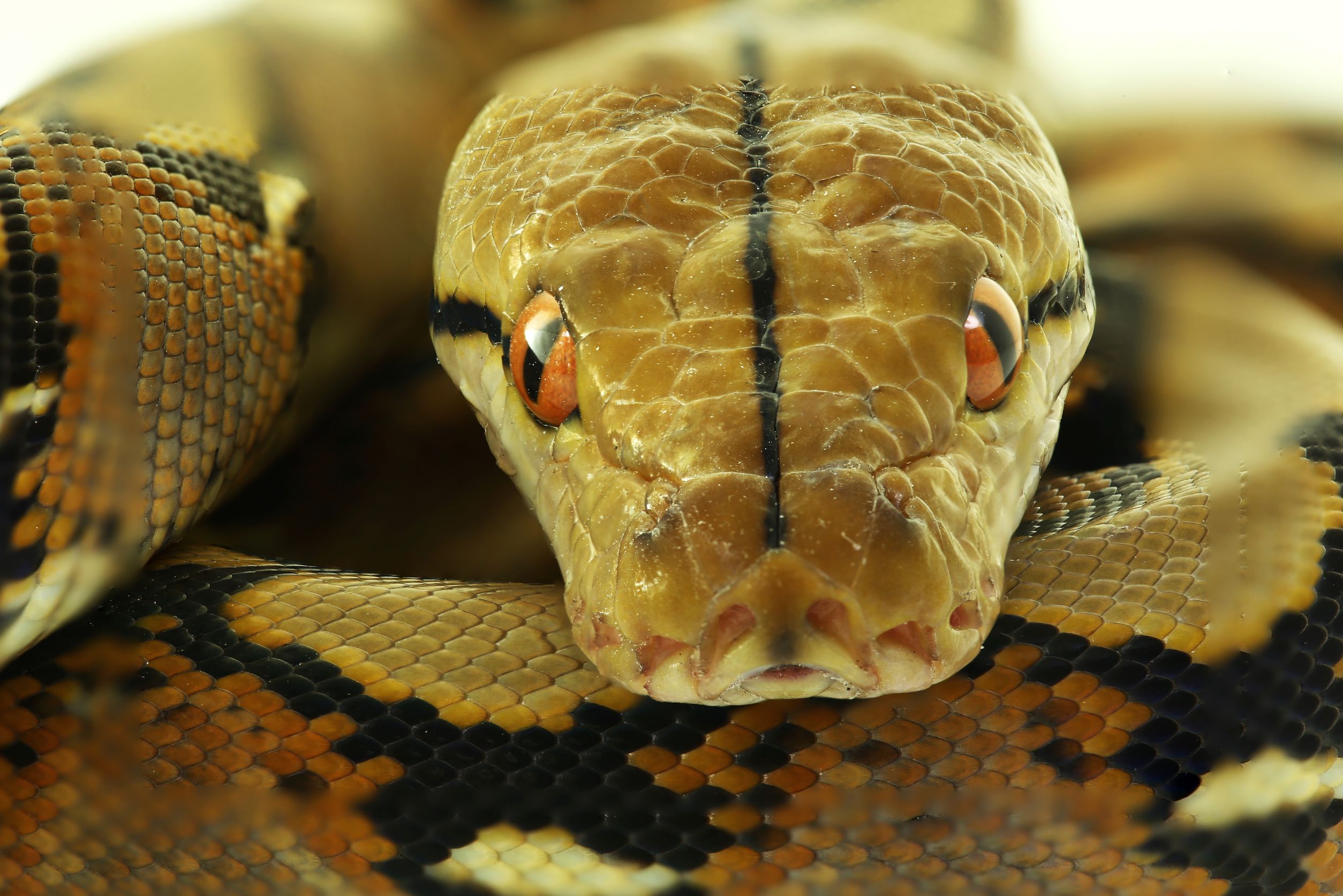 There are so many species of snakes and to the untrained eye, many of them look very similar. Obviously, the rattle gives away a rattlesnake, IF you can see the tail. But what snake looks like a rattlesnake but has no rattle?

Gopher snakes and Bull Snakes look the most similar to a rattlesnake but have no rattle. But to the untrained eye, there are many varieties of snakes that look similar.

There are ways to avoid confusing rattlesnakes with other similar species, and we’ll cover all of them in this article! We’ll be going over patterns, characteristics, and other information regarding snakes that have the appearance of rattlesnakes. Knowing the difference between the snake species will help you be sure of what kind of snake you’re looking at.

How to Identify a Rattlesnake

The best way to tell the difference between a rattlesnake and other similar types are by looking for the following key features:

Snakes that have transverse markings that resemble rattlesnakes:

Lots of snakes rely on audible defense mechanisms like rattlesnakes.

In some cases, the sounds emitted by these copycats sound a lot like a rattlesnake’s rattler. Snakes that do this are most rat snakes, kingsnakes, gopher snakes, pine snakes, bullsnakes, milk snakes, and kingsnakes. These snakes will vibrate their tails once spooked.

Of course, they are not as loud as rattlesnakes but they do have an audible buzz emulating from their tails when they contact substrate or with cage fixtures.

Rattlesnakes also hiss loudly when disturbed and snakes such as the bullsnake, pine snake, gopher snake, hognose snakes, and diadem rat snakes do this as well.

Sometimes the hisses will mimic the sound of a rattlesnake’s tail.

Other snakes will also exhibit the same defensive poses as a rattlesnake, even drawing their bodies into the familiar “S-coil”, and flattening their heads and bodies to dramatize the color patterns. Source

The two main snakes that have the most similarities with rattlesnakes are the bull snake and gopher snake.

The bull snake is actually about the same size as a rattlesnake (3-5 feet) with a similar color pattern.

Even when on the defensive it puts on a convincing show of being a rattlesnake. If we are bitten by one, it’ll be painful, but harmless (thankfully). They also share the same habitat and are even known to hibernate together.

Rattlesnakes will attack if their rattling warning is ignored.

With rattlesnakes being pit vipers, they can be easily spotted by their triangular head that narrows at the neck.

Now the markings of rattlesnakes are similar to bull snakes but there is a big difference.

Bull snakes have darker patterns that appear “squarish” if we were to approach towards the tail’s end. Again with the lack of a rattle, a bull snake’s tail will taper off into a point at the end.

Because rattlesnakes are often active at night, a snake encountered in the darkness could be a rattlesnake.

Bull snakes are constrictors and eat more than rattlesnakes, which results in them searching for their prey and only forage during the day. Rattlesnakes like to lay in wait for their prey, especially at night is when their “heat sensors” are more effective.

Nonvenomous snakes will often flee quickly from humans but rattlesnakes are more likely to hold their ground or move away more slowly. Therefore a snake that is purposefully slithering off might be a bull snake, but a snake that stays put should be shown more caution since it might be a rattlesnake. (Source )

A gopher snake, while displaying a smart impersonation, also likes to mimic the sound of rattling like a rattlesnake.

The gopher snake will also hiss and shake its tail when annoyed. Gopher snakes do have similar square-diamond-shaped patterns with troublemaker temperments like a rattlesnake.

But there is a difference in their length.

Some rattlesnakes grow much larger than 5 feet! Eastern Diamondback regularly grows to 8 feet. Whereas, with 1 inch long teeth, gopher snakes can grow to be about 6-9 feet long. The gopher doesn’t have the same heat-sensing pit organs and its bite is non-venomous.

When in the defensive position, be it rattling or hissing, it’s the location of the tail that helps differentiate the two.

Rattlers raise their tail when giving their warning yet the gopher snake’s tail stays close to the ground where it can strike objects to make a rattling sound.” Rattlesnakes also have live births whereas gopher snakes lay eggs.

If you’re ever unsure about what species you’re looking at, it’s safest to just leave it alone. Even if you’re dealing with a nonvenomous lookalike, you can still get bitten, which is never fun.