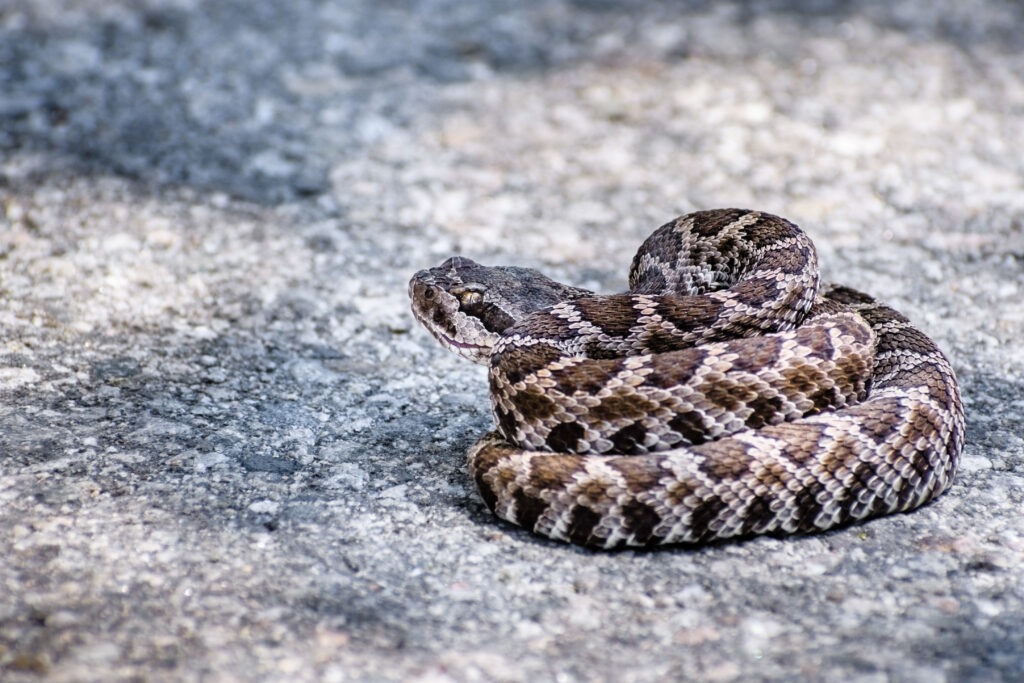 One rattlesnake in your yard or area is bad enough. But a whole lot of baby rattlesnakes is even worse! With that in mind, what time of year do rattlesnakes have their babies?

Rattlesnakes most often give birth around late July through early October but can give birth at different times of the year, depending on the species and the location. However, baby rattlesnakes are often not seen until the following spring when they leave the den to find their own hunting territory.

Both adult and baby rattlesnakes have venom, can bite, and should be avoided.

You may have a few more questions, such as, “If baby rattlesnakes are as little as 6 inches, does their bite hold enough venom to hurt a human?” Read on to learn more about baby rattlesnakes.

When Is Rattlesnake Mating Season?

Reproduction periods for rattlesnakes either happen in the spring or in the fall, depending on the specific breed of rattlesnake and their geographic location.

How Do Rattlesnakes Find a Mate?

There is sometimes a competition between males for a reproductively active female rattlesnake. When this occurs, the males will engage in an elaborate “combat dance” to win the potential mate.

Click the video below to watch rattlesnakes engaged in a combat dance.

What is the Rattlesnake Reproduction Process?

After the male has successfully found or “won” a female partner, he will arrange his body side by side with the female and position his cloaca even with her’s. A cloaca is an area where the snake’s genitals are.

This is on the underside of the snake, close to the rattle. He does this by rubbing the female’s neck with his chin.

“The male then rapidly jerks his head and body until he can move his cloaca under hers and insert his hemipenis. Copulation may last for several hours.”

How Do Rattlesnakes Give Birth?

Most snakes and rattlesnakes are ovoviviparous, which means they carry the eggs in their bodies and give birth to live babies.

After the reproduction process, female rattlesnakes that are farther north in the US will go into hibernation, saving the sperm until spring, while female Southern rattlesnakes will immediately use the sperm to fertilize their eggs.

Regardless of southern or northern, pregnant rattlesnakes will give birth around August.

“A pregnant female may retire to a natal shelter a month or two before she bears live young… The mother and her newborn snakelings likely stay at the birthing site for seven to ten days.”

How Do Baby Rattlesnakes Survive?

After about the first week, most female snakes will leave their babies to survive on their own.

In order to hunt for food, baby rattlesnakes are born with venom and the ability to deliver a lethal bite. Although they cannot inject as much venom as an adult, their venom can be slightly more toxic than an adult and humans should give them a wide berth.

Rattlesnake venom is a “toxic saliva,” according to Craig Ivanyi.

Their venom is one of the most complicated substances known. It consists of a mix of proteins and enzymes that are that is unique to pit vipers and will destroy blood and paralyze the nerves of the prey. Not all rattlesnake venom is the same across the board.

Although rattlesnakes typically have a mixture of the two, some species have venom that is more hemotoxic, which breaks down cells and tissues, while other species have venom with more neurotoxic components, which affects the nervous system and can stop the heart or breathing.

Baby rattlesnakes will shed their first skin between 1-2 weeks old.

Rattlesnakes do not have a rattle until they begin to shed skin. The rattle’s on the end of rattlesnakes grow another “ring” after each skin that has been shed. Rattlesnakes use their rattles to warn others that they are there.

Rattlesnakes do not always rattle before they strike, and just because they rattle, does not mean that they will strike. 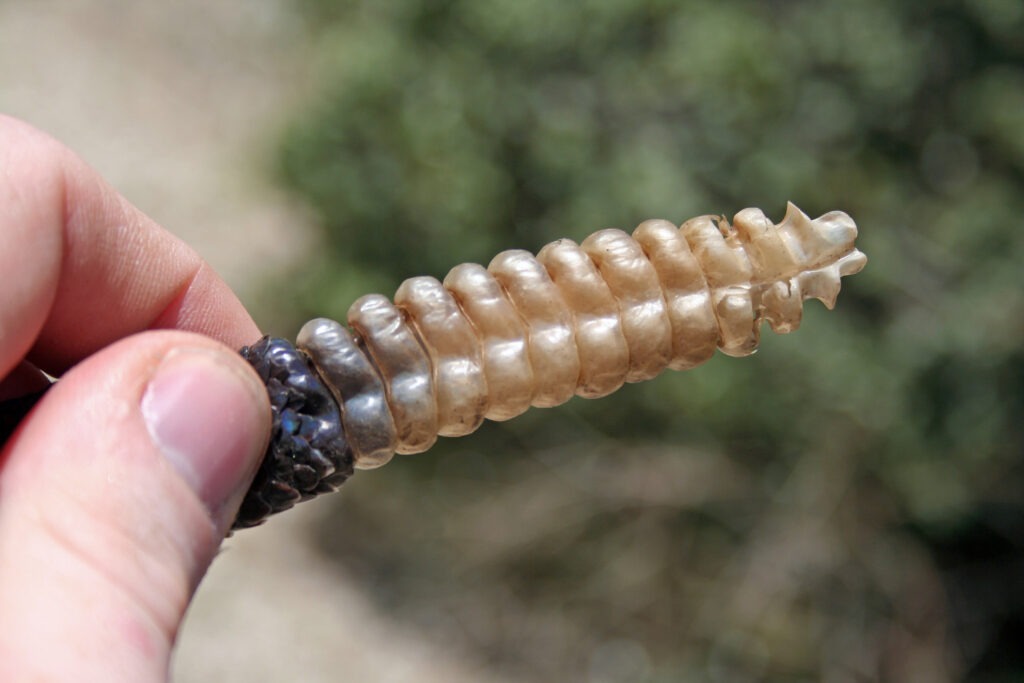 Baby Rattlesnakes and Their Bite

Despite their miniature and cute size, baby rattlesnakes hold enough venom in their bite to seriously harm even a full-grown adult human.

Baby rattlesnakes are small enough to hide in the grass and their skin helps to camouflage them in with their surroundings.

Newborn rattlesnakes are born with a small button on the end of their tail that does not rattle. They will only able to rattle after their first skin shedding when a second segment will appear on their rattle. Even when they can start to rattle at this young age, it won’t be very loud and you might not even notice it. If you do notice it, it might sound more like an insect than a rattlesnake.

When bitten by a baby rattler, you may not even feel the bite.

It is small enough you may assume it was a bug bite or you scratched your foot against a rock or branch. If you notice two scratches/bite marks after being in areas where rattlesnakes are common, you should call poison control or 911.

If you are fairly certain it is not a rattlesnake bite, you should call and be informed on what symptoms to look for and when you should go into the hospital, if needed.

Why Do We Need Rattlesnakes?

Many people do not like even the thought of any snake, let alone poisonous ones.

With the bad reputation which rattlesnakes have, many rattlesnakes are maliciously killed by humans out of fear. This can actually cause more harm to you than to the snake if you are not careful.

If we all hate rattlesnakes so much, what is their purpose? Rattlesnakes are one of the main predators of small rodents, such as mice and rats. Without rattlesnakes, we would have an abundance of mice and rats, which destroy crops, among other things.