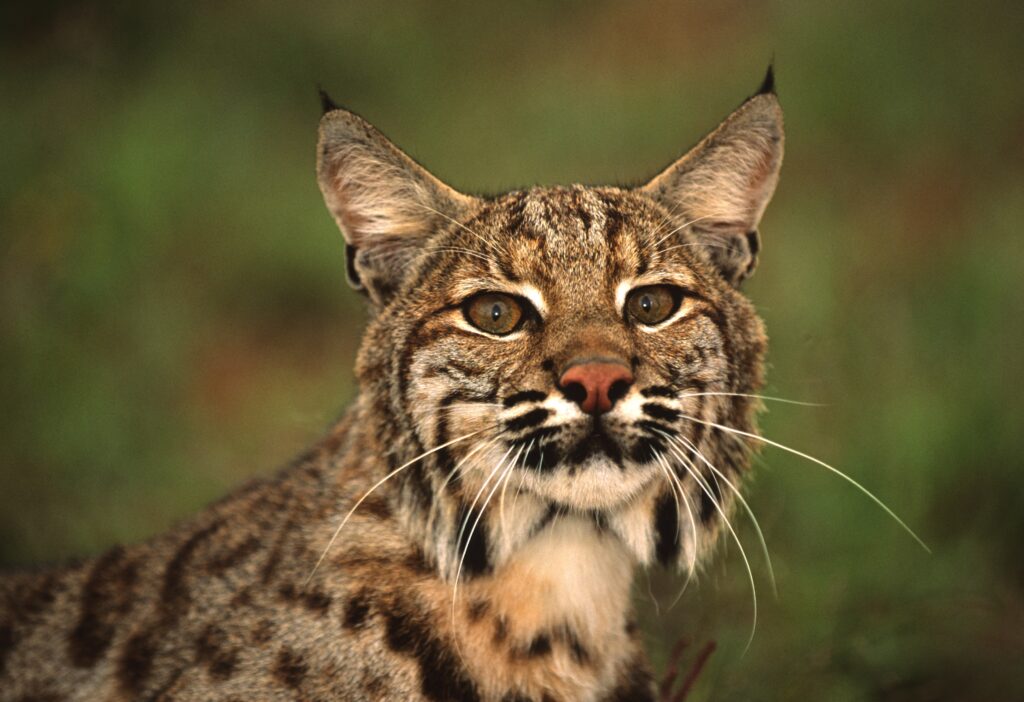 Many videos have gone viral revealing the intense rivalry between rattlesnakes and bobcats. We know rattlesnakes as one of the deadliest snakes known to man. We are also aware of the strength and speed that bobcats possess, so can a rattlesnake kill a bobcat?

Rattlesnakes can kill bobcats if the bobcat has been bitten multiple times. Bobcats are not immune to rattlesnake venom, but bobcats often eat rattlesnakes and other snakes that they find. While rattlesnakes are known to strike quickly, bobcats are fast and larger than rattlesnakes.

In this article, we will discuss how rattlesnakes can kill bobcats, the strengths of a rattlesnake, and where both these creatures live and interact with each other. It is important to know that rattlesnakes only attack bobcats as a defense mechanism.

Let’s get into it!

Can a Rattlesnake Kill a Bobcat?

Rattlesnakes can kill bobcats because of the level of toxicity of their venom. However, bobcats are a lot larger than rattlesnakes and often can kill the rattlesnake before they are bitten.

Rattlesnakes are a lot smaller in size than bobcats, so many would not expect the snake to be able to harm the bobcat.

However, rattlesnakes are very fast, and their speed makes up for their lack of size. Their venom is also a key factor in whether or not a rattlesnake can kill a bobcat. With enough bites, a bobcat will eventually succumb to the venom.

In a battle between a rattlesnake and a bobcat, the bobcat will likely win, however, it is possible for the rattlesnake to come out of the encounter as a victor. 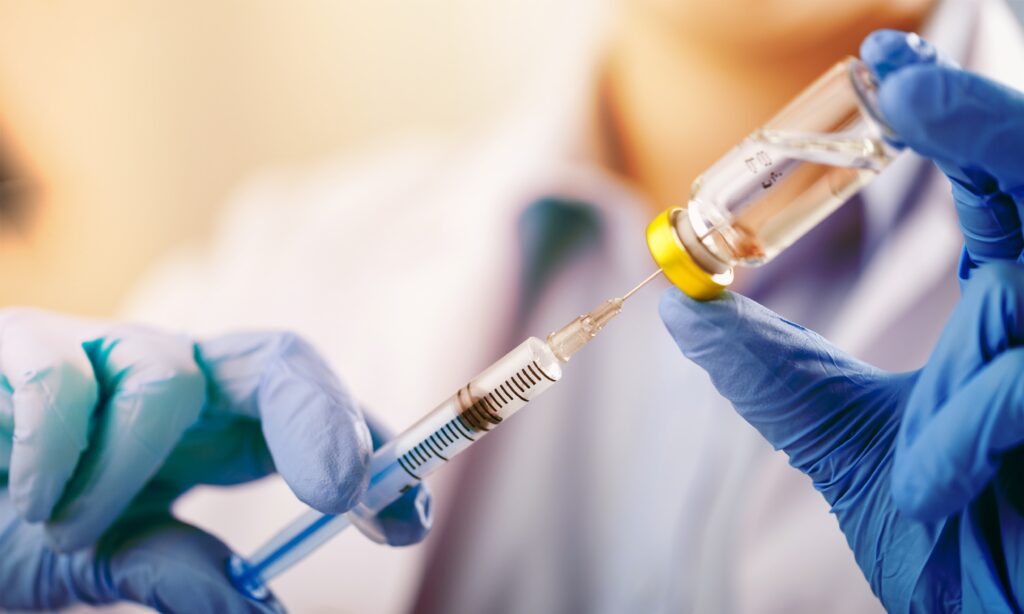 What Does Rattlesnake Venom Do To a Bobcat?

Rattlesnake venom is made up of hemotoxins and neurotoxins with hemotoxins being the majority. It can cause hemorrhaging and necrosis in bobcats as well as other animals or people. The hemotoxins destroy blood cells and prevent blood from clotting and wounds from healing as quickly as they normally would.

Rattlesnakes are feared worldwide because their venom can kill humans within 6-48 hours after they have been bitten. Rattlesnakes hide in tall grasses and rock crevices, so you don’t typically see them until it is too late to avoid them.

Neurotoxins target nervous systems and can cause paralysis in humans and animals.

The neurotoxins affect the signals being sent to the brain and can cause the affected person or animal to feel weak and make it harder for them to move.

How Does This Specifically Effect Bobcats?

If a bobcat is bitten by a rattlesnake, the hemotoxins in the venom will prevent their blood from clotting, and they will likely bleed out and die.

Hemotoxins can also damage the internal organs of the bobcat. If the toxins reach its heart, it can cause the heart to stop working and the bobcat will die.

The neurotoxins in the rattlesnake’s venom will cause the bobcat to become slower, be in a lot of pain, and may cause them to become paralyzed.

This will leave the bobcat defenseless against their enemies who will take this opportunity to attack and kill the bobcat if they are found in this state. If the neurotoxins paralyze the bobcat long enough, the bobcat will starve to death or die from dehydration.

Neurotoxins can also stop the muscles that control breathing, and so the bobcat might suffocate.

However, the size of the bobcat and the amount of venom that a rattlesnake uses while biting the bobcat plays a massive factor in this type of scenario. Bobcats are much larger than rattlesnakes, so if the rattlesnake only manages to bite the bobcat one time, they will likely survive.

They will be in a lot of pain because of the venom, but the venom will wear off before they die.

If a rattlesnake bites the bobcat three or more times in various places, then the bobcat will likely die a slow, painful death. The venom will overtake the bobcat’s system, they will likely be weak or paralyzed because of the neurotoxins, and they will die before the venom wears off.

Has a Rattlesnake Ever Killed a Bobcat?

There is currently no recorded incident of a rattlesnake killing a bobcat, but that doesn’t mean that it has never happened. In the wild, bobcats come across rattlesnakes all the time.

They come across them so often that rattlesnakes have become a snack for bobcats.

All currently recorded sightings of a bobcat and rattlesnake fighting have ended in the bobcat walking away seemingly unscathed with the dead rattlesnake in its mouth. The bobcats often use their paw to knock away the rattlesnake’s head while it is striking, leaving them uninjured and the rattlesnake likely disoriented.

In the video below, a bobcat kills a rattlesnake and walks off with it. Warning, it may be frightening for some viewers.

How Fast Can a Rattlesnake Strike?

Rattlesnakes can strike at an average of 9.5 feet per second. Bobcats, by comparison, run 30 miles per hour which is about half a foot per second; considerably slower.

Luckily, rattlesnakes usually move at 2 to 3 miles per hour, which humans (and bobcats) can easily outrun.

The speed at which rattlesnakes move varies depending on the species and size of the rattlesnake. Sidewinders can move up to 18 miles per hour.

When Do Rattlesnakes Attack?

Rattlesnakes attack people and animals when they feel threatened. Their rattle is used as a warning mechanism to warn away predators. If you see a rattlesnake and it seems to be ready to strike, slowly back away if you can until you are out of striking distance, and then run away.

Rattlesnakes tend to only engage in fighting with bobcats and other large animals when they feel that they are being attacked.

A rattlesnake’s skin pattern and coloration enable it to camouflage itself, and they use this ability to hide from bobcats.

They can blend into the surrounding environment, allowing predators’ eyes to travel over it, which prevents the snake from being attacked. This can also allow them to strike before they have even been seen by their predator. 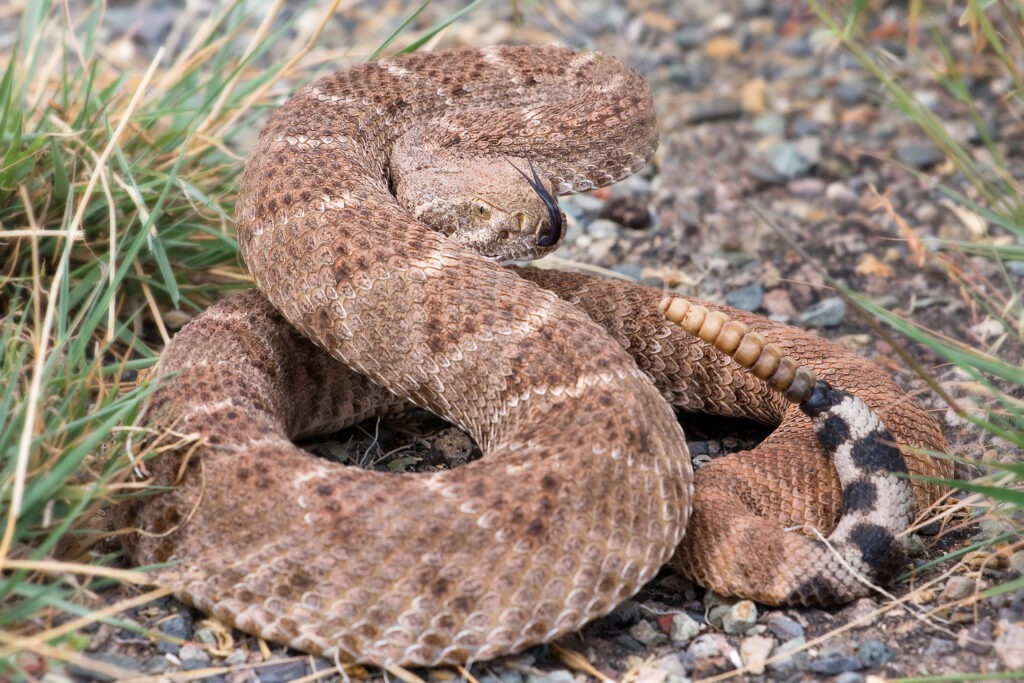 What Are a Bobcat’s Strengths?

Bobcats are very strong, and their bite strength is quite impressive. A bobcat has a higher bite strength than coyotes, cheetahs, snow leopards, and foxes, even though some of these animals are much larger than bobcats.

Bobcats typically are only slightly larger than household cats, but they have a stronger bite. However, this still means that they are much larger than rattlesnakes.

A bobcat’s paws are very fast, and their retractable claws help them pin down rattlesnakes while they are fighting them.

Bobcats often use their paws to bat the rattlesnake away and stop their head from biting them. After a bobcat’s paws have stilled the head of a rattlesnake, their powerful jaws bite into the head and kill the rattlesnake.

Bobcats can jump up to 12 feet high and run up to 30 miles per hour.

This means that they can easily jump on a rattlesnake and attack them by surprise, which is helpful if they are hiding in a high area. Bobcats can also easily outrun a rattlesnake.

Why Do Bobcats Attack Rattlesnakes?

Bobcats attack rattlesnakes because they are a source of food. Bobcats are also stronger than rattlesnakes, so the bobcats know that they are very likely to win the fight and walk away unscathed with a rattlesnake for its next meal.

Bobcats don’t seem to fear rattlesnakes all that much.

Where Are Rattlesnakes Found?

Rattlesnakes are most common in grassy, open areas with rocky terrain nearby where they can hide and hunt small animals that shelter in the rocks. Rattlesnakes are commonly found in Texas, New Mexico, and Arizona, although they have been found in many other states in America.

However, rattlesnakes can be found in almost all habitats, including deserts, marshes, and forests. They are found in all 50 states and down into South America.

Rattlesnakes typically have a banded, diamond-shaped, or blotched pattern to their scales. They can range in color from pink, cream, orange, brown, gray, or black, or a mix of these colors.

Rattlesnakes enjoy basking in the sun on cooler days and can be hard to spot because of their well-developed camouflage.

If you hear the distinct rattle of a rattlesnake, stop and look around to see where it is. If you can, slowly back away and get away from it. It will not attack you unless it feels like it is in danger. 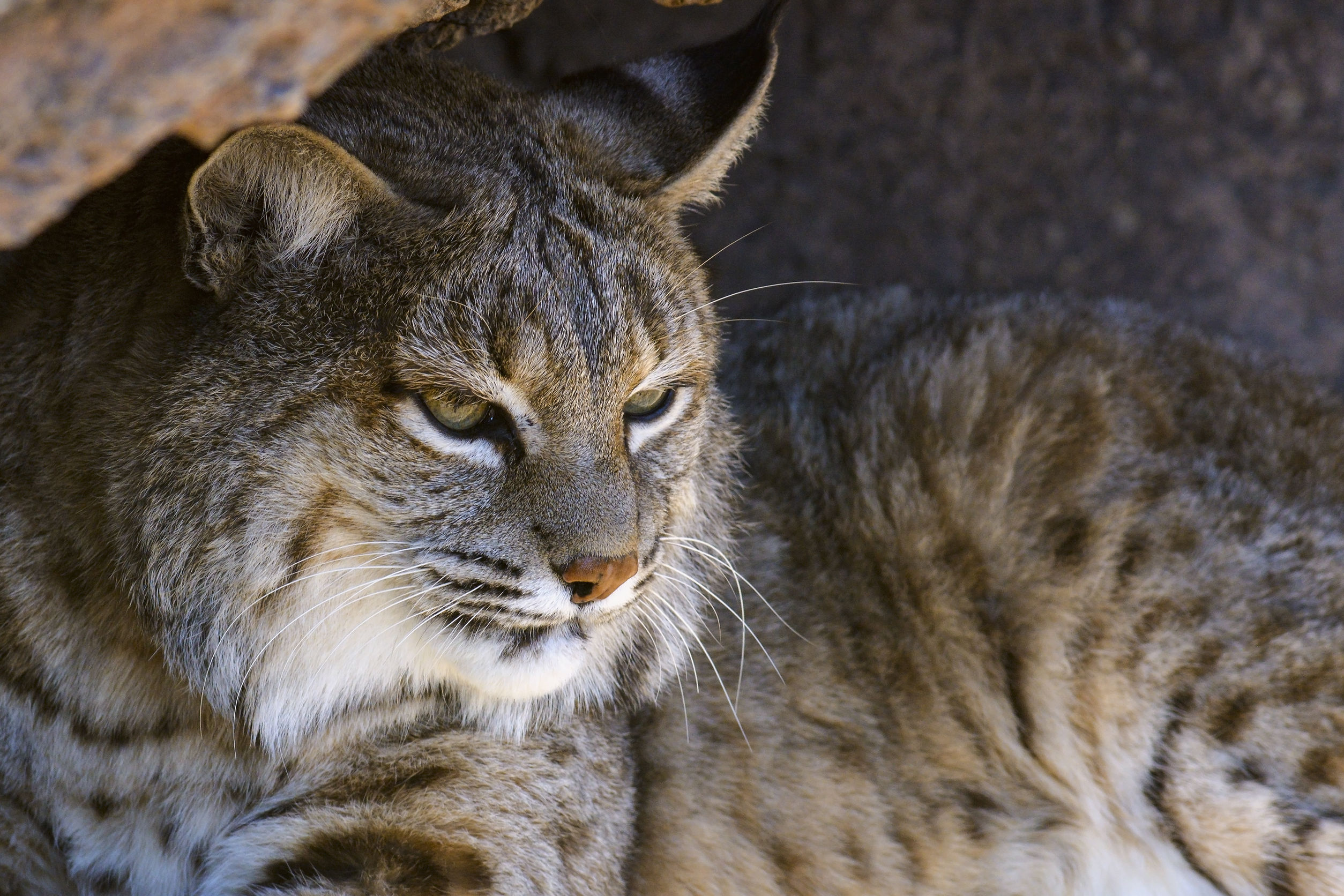 Where Bobcats Can Be Found

Bobcats, otherwise known as red lynx, are native to North America. They can also be found in southern Canada and parts of Mexico. They can survive in dry areas, but they prefer wet, grassy areas with plenty of prey for them to eat.

Bobcats tend to stay in grassy areas where they can find plenty of rabbits and deer, but they can live in dry areas and eat snakes and lizards. Don’t be surprised if you are hiking through a forest and see a bobcat.

They tend to have multiple dens along their normal hunting route that they can stop in for short amounts of time to rest or hide from predators. Female bobcats often have their litters in caves and have grass and moss underneath them to soften the ground.

Bobcats are solitary animals, so you will not find them traveling together in packs. It is rare to see them with another bobcat. They are also crepuscular, which means that they are mainly active at dusk and twilight.

Bobcats are not especially dangerous as they are shy and elusive and attacks on humans are very rare. However, they are still powerful predators and it is not wise to get too close to one.

Bobcats are more likely to go after small pets and livestock, and chickens, so if you think a bobcat is visiting your property, it is smart to take precautions to protect your animals.

This may scare them off. (Source)

What Are a Bobcat’s Predators?

Coyotes and wolves, mainly gray wolves, are the main predators of the bobcat.

Bobcats do not have a lot of predators, but they are occasionally eaten by coyotes, mountain lions, wolves, eagles and alligators, to name the top few.

link to Are Rattlesnakes Active at Night?

I often go on walks in the evening and sometimes the sun sets before I get back home.  Because there are a lot of rattlesnakes where I live, I often worry I’m going to step on one in the dark. But...

Continue Reading
link to Do Bobcats Eat Rattlesnakes? (Without getting bitten?)

If you're afraid of rattlesnakes, it's probably pretty satisfying to see this deadly creature encounter something higher up in the food chain. While the rattlesnake is deadly to various creatures...